Madrid, 17th of May 2021. Prof. Nazario Martín, professor at the Faculty of Chemistry of the Complutense University of Madrid and deputy director of IMDEA Nanociencia, today receives the 2020 National Research Award awarded by the Ministry of Science and Innovation in an event presided over by H.M. the Kings of Spain and Minister Pedro Duque.

Prof. Nazario Martín León has received the "Enrique Moles" award in the area of Chemical Science and Technology for his scientific contribution in the field of molecular materials and carbon nanoforms, and for the applications of these researches in the field of molecular electronics. The jury highlighted the international relevance of the candidate's scientific work, his mentoring and driving work of new generations of researchers, his involvement in positions of scientific responsibility and research management and, ultimately, the contribution that all this activity has made to the progress of Chemistry in Spain. 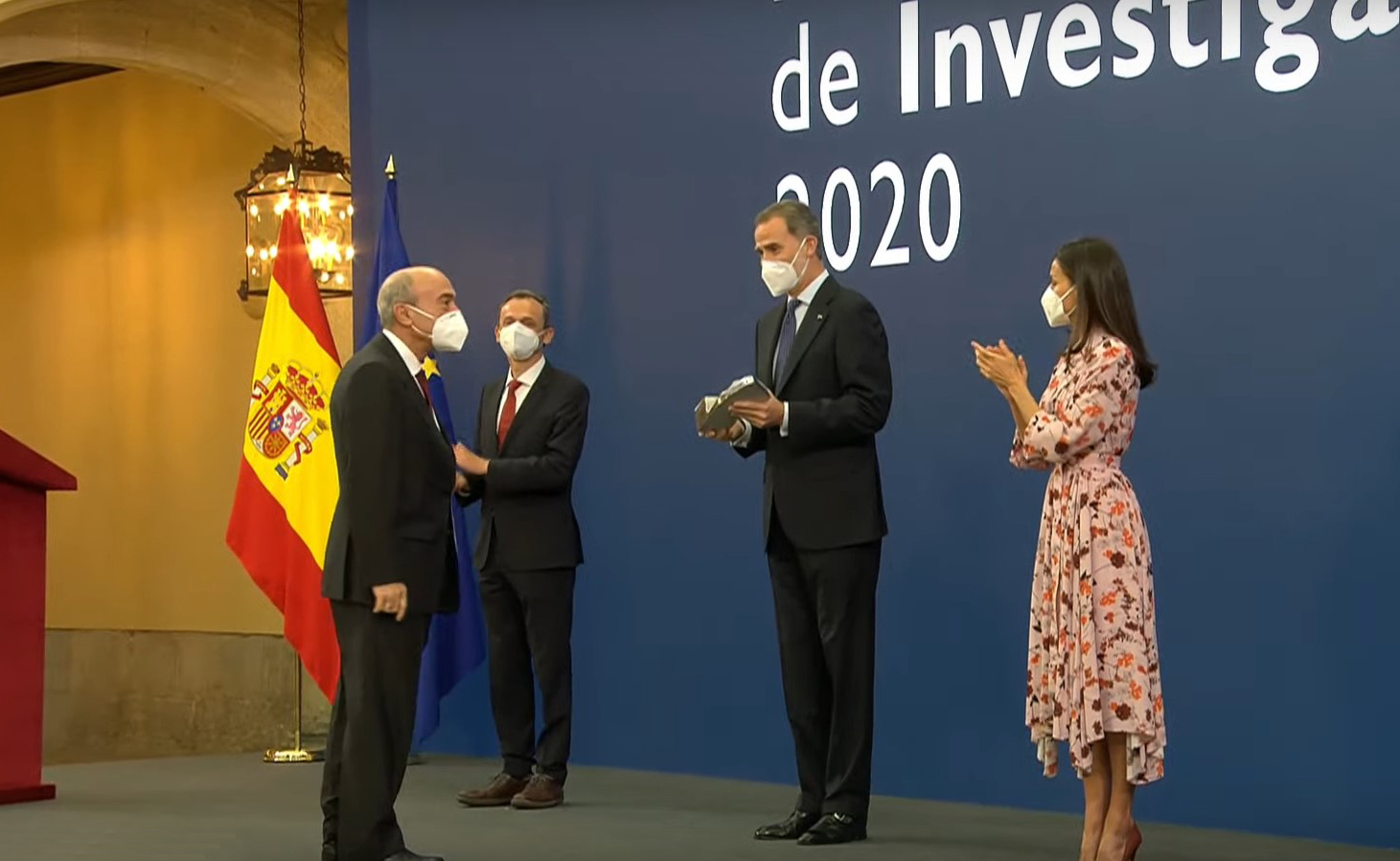 The National Research Awards, created in 1982, represent the most important recognition in Spain in the field of scientific research. They aim to distinguish the merits of those researchers of Spanish nationality who are carrying out outstanding work in scientific fields of international relevance and who contribute exceptionally to the advancement of science, the transfer of technology and the progress of humanity.