IMDEA Nanociencia prepares for the F1 of the nanoworld

Madrid, March 17th, 2022. Nanomechanics are already warming up engines for the international Nanocar Race II. The Nanocar Race is the smallest race in the world, in which vehicles are molecules conducted by the tip of a tunneling microscope. The molecules are very small, typically composed of about 100 atoms, and with a dimension of about 3 nanometers. In this scenario, it is easy to understand that driving such a small vehicle is a very complex task. 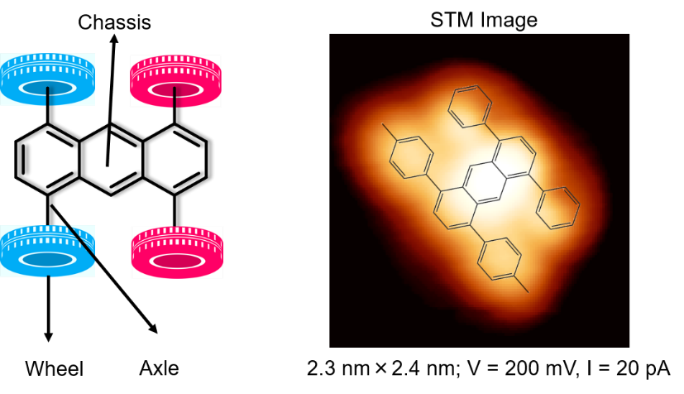 The championship is not available to everyone. The researchers use the tip of a tunneling microscope (STM) to move the nanocars along the circuit. Touching the molecules with the tip of the microscope is forbidden; vehicles must move without the mechanical push of the tip. Its impulse mechanism can be either inelastic (related to the excitation of vibrational modes or to structural changes induced by electric current) or dipole (resulting from repulsion or electrical attraction between the nanocar and the tip of the STM). Typically, a nanocar will travel a few tens of nanometers at a time, so the race happens on a very small scale.

The winner of the Nanocar Race II will be the team that manages to cover the maximum possible distance in a span of 24 hours. All the nanocars will be piloted from a single place, Toulouse, while physically the molecules will be distributed throughout the world, located inside each of the microscopes of the participating institutions: Madrid Institute for Advanced Studies in Nanoscience (Madrid), Center for Materials Physics (San Sebastian), Technische Universität (Dresden, Germany), University of Graz (Austria), University of Strasbourg (France),  International Center for Materials Nanoarchitecture (Ibaraki, Japan), Ohio University (United States) and Paul Sabatier University (Toulouse, France). The ultimate goal of this competition is to advance the development and manipulation of nanomachines capable of performing real work, such as carrying molecular charge.

The ultimate goal of this competition is to advance the development and manipulation of nanomachines capable of performing real work, such as carrying molecular charge. 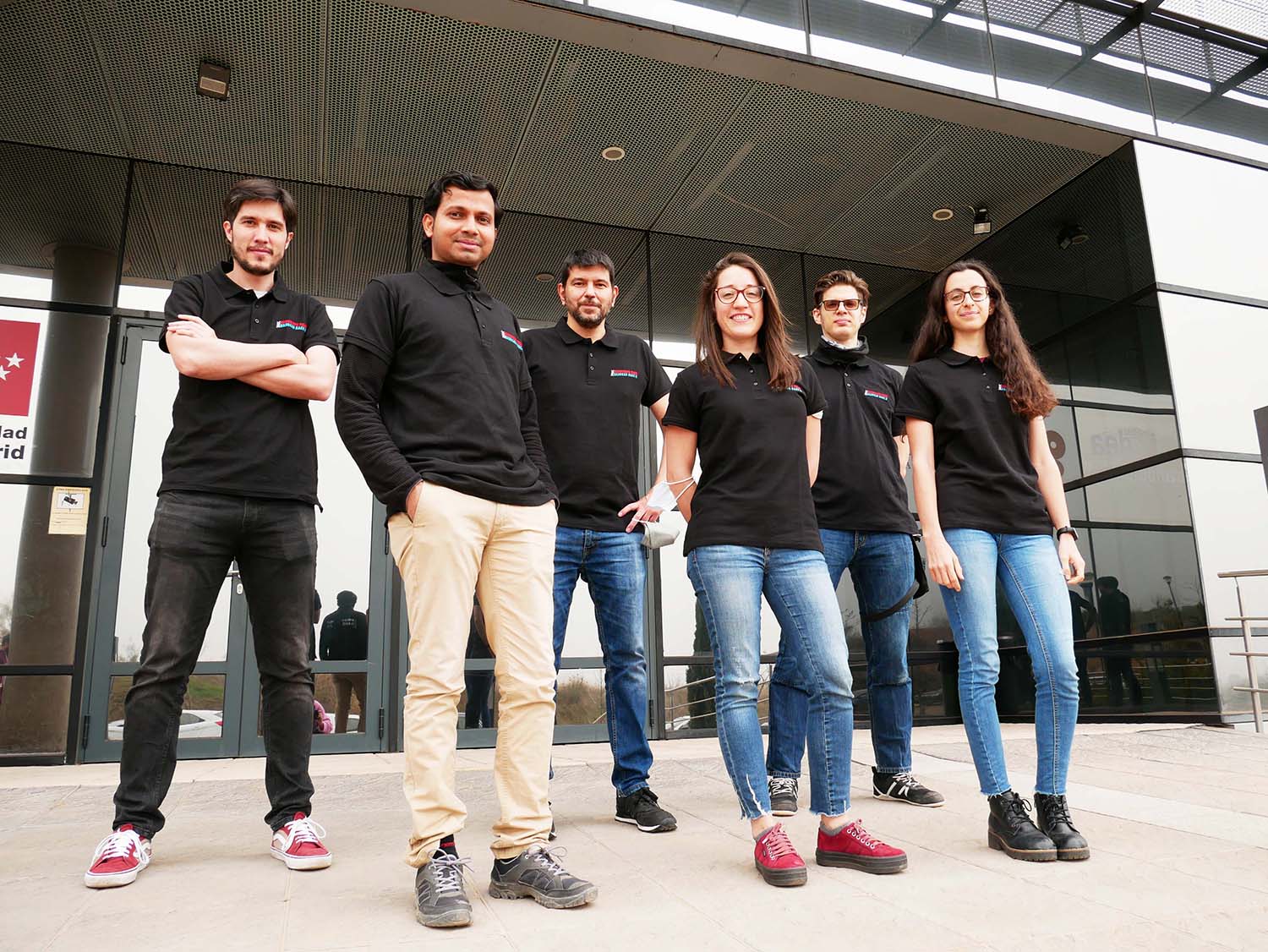 At the controls of the Madrid team will be the research group led by Prof. David Écija at IMDEA Nanociencia. Researchers Prof. David Écija, Dr. Koen Lauwaet, Dr. Ana Sánchez, Dr. Ignacio Urgel and Dr. Ana Barragán will travel to Toulouse to compete in the most exciting 24 hours of the nano-race landscape. The nanocar is manufactured by the research group of Prof. Emilio M. Pérez, who have synthesized the competing molecule SPARC ensuring that it meets all the requirements to be the fastest: low molecular weight, low interaction with the substrate and with a dipole moment as a propulsion mechanism. The theoretical rationalization of the nanocar propulsion mechanism is being developed by Prof. Jonas Björk from Linköping University.

The chemical structure allows the nanocar to move on a surface when approached by the tip of the STM microscope. The molecule of the NANOHISPA equipment is composed of 70 atoms, with toluene rear wheels and benzene front wheels anchored to the anthracene chassis. This minimalist hydrocarbon nanoarchitecture includes a "motor": a permanent dipole moment that makes the car susceptible to gradients of the electric field, and that can be used to propel and maneuver the nanocar. 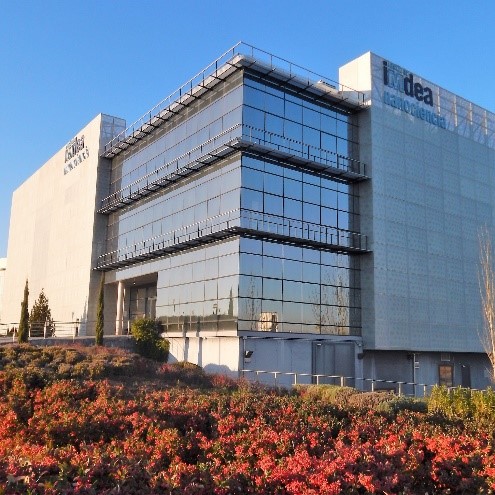 Prof. Rodolfo Miranda, director of IMDEA Nanociencia and pioneer in the introduction of the tunneling microscope in Spain, is confident in the possibilities of the NANOHISPA team: "The team has extensive experience in molecular synthesis and manipulation by tunneling microscope". Prof. Miranda, who has recently received the Miguel Catalán Research Award from the Community of Madrid for his research career, leads the group "Scanning Probe Microscopies and Surfaces" at IMDEA Nanociencia, Severo Ochoa Center of Excellence since 2017. The NANOHISPA team is officially sponsored by the Royal Societies of Physics and Chemistry (RSEQ, RSEF) through the Specialized Group on Nanoscience and Molecular Materials (GENAM) and the company Scienta Omicron.

The second international Nanocar Race is organized under the framework of the European project MEMO (MEchanics with MOlecules). The competition will be broadcast live from the CEMES-CNRS campus in Toulouse. Drivers will start engines on March 24, 2022 at 11:00 to compete for the most exciting 24 hours of the nanoracing panorama. All teams will compete at the same time from the same room in Toulouse, controlling their nanocars remotely.

Drivers will start engines on March 24, 2022 at 11:00 to compete for the most exciting 24 hours of the nanoracing panorama.

The first Nanocar Race was held in April 2017 and was followed by more than 100,000 people live via the NanoCarRace Youtube channel. In this second edition, greater media attention is expected towards this event.

Sponsors of the Nanohispa team