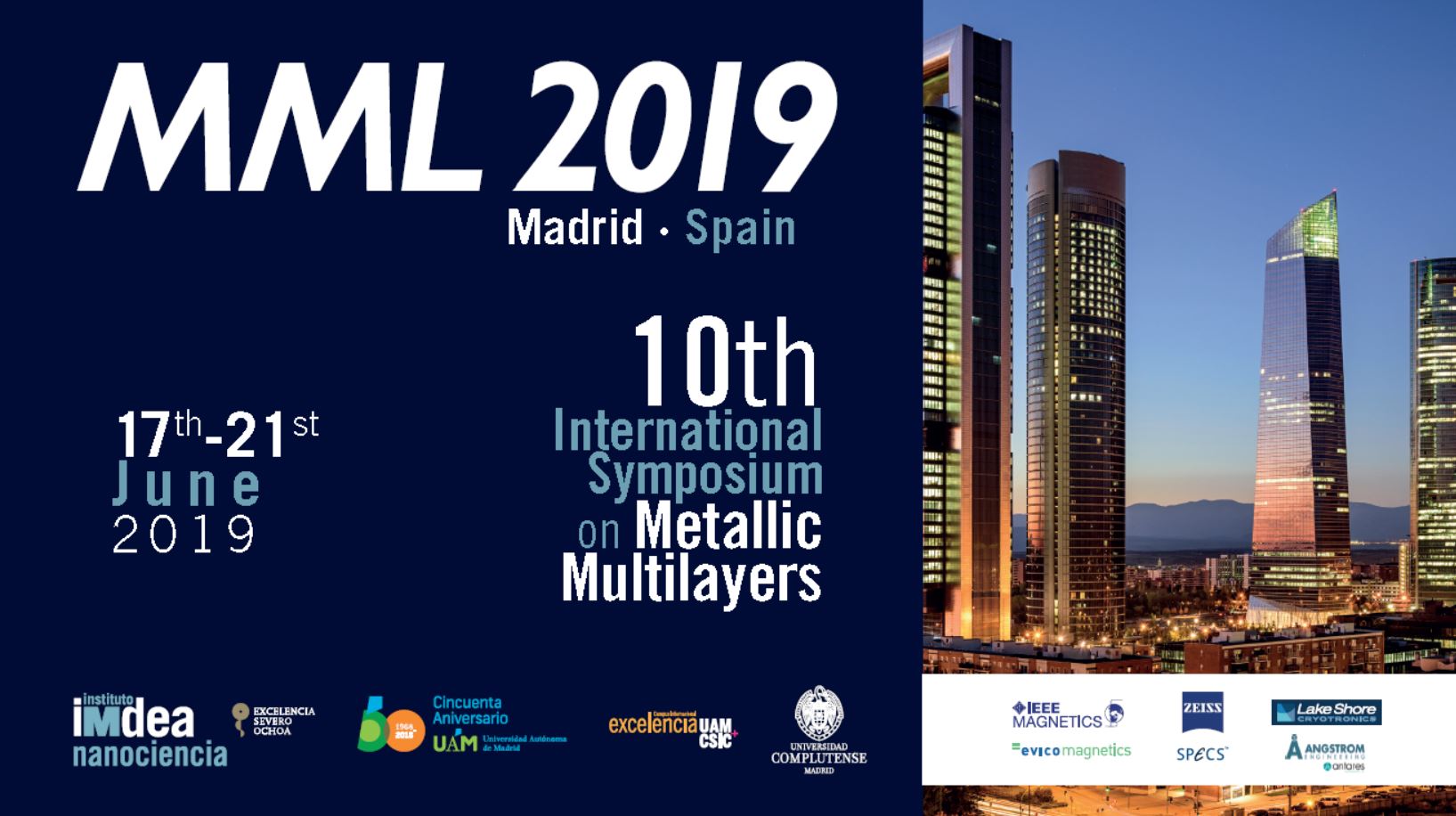 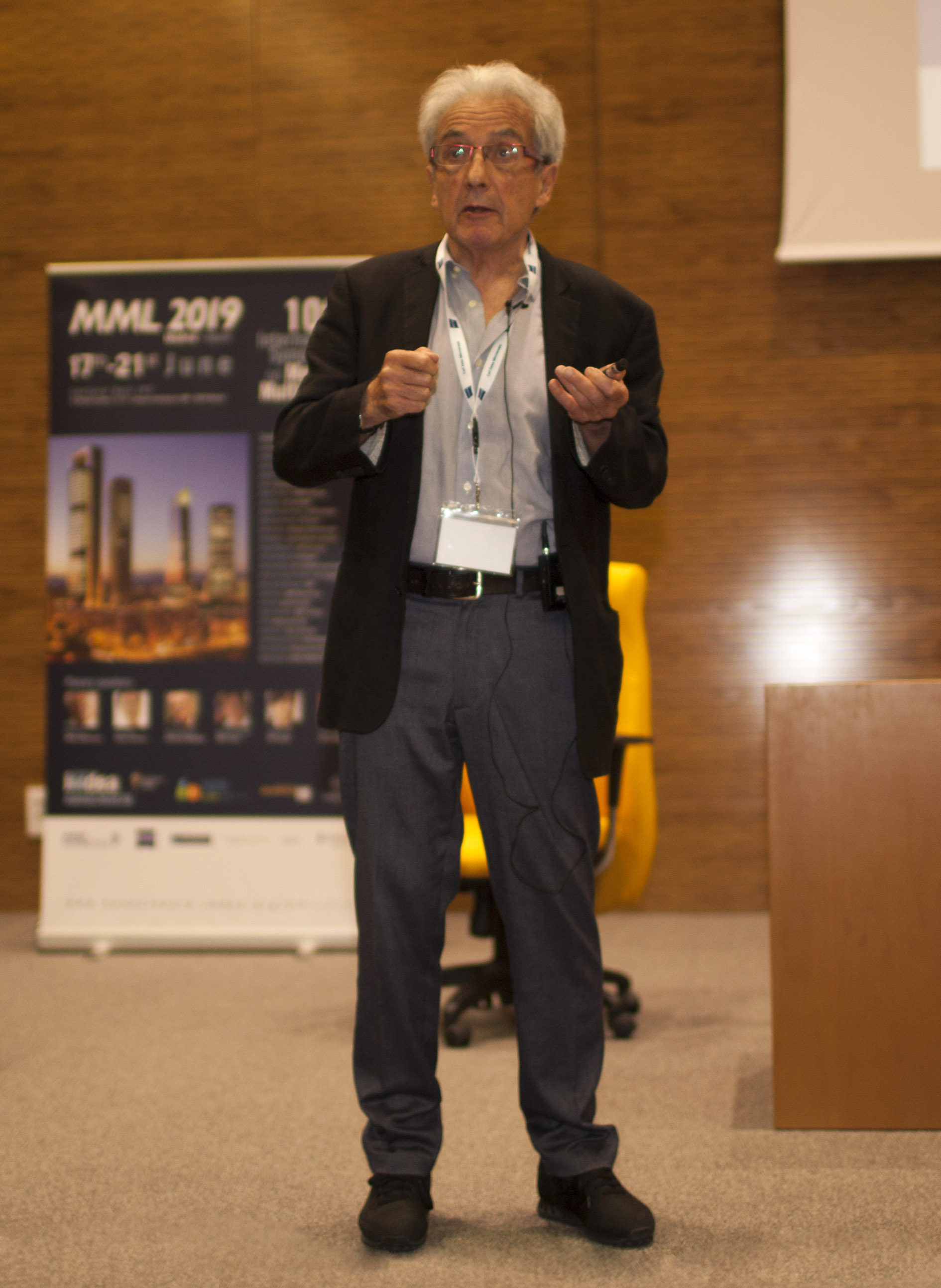 Prof. Albert Fert (pictured) received the Nobel Prize for Physics with Prof. Peter Grünberg in 2007 for the discovery in the 90s of giant magneto-resistance, a phenomenon which is the scientific basis for a large part of storage devices, such as hard drives.

The Surface Physics Laboratory of Universidad Autonoma de Madrid led by Prof. Miranda also contributed significantly to the study of these multilayer systems and is, together with the IMDEA Nanoscience Institute, an international hub in this scientific area.

Giant magnetoresistance is an effect by which the electrical resistance of a structure of thin multilayers varies enormously in function of an external magnetic field. Metallic multilayer research has contributed decisively to important technological advances in the information revolution. In December 1997, IBM released the first commercial device based on this effect.

This meeting is attended by international research figures from the most technologically advanced countries in this sector, including the United States, China, Japan, Korea, Singapore, Germany, the United Kingdom, Sweden, France, Italy, and the Netherlands.

The topics to be discussed during this week of the MML2019 conference are the synthesis and functionalization of magnetic nanostructures, dynamics of magnetization, spintronic and quantum technologies, among others. The development of magnetoresistive devices and spin transistors that may have new potential applications in information technologies, telecommunications, and aerospace, energy, transport, and even biomedical applications will also be discussed.

The event will be closed by Prof. Ivan Schuller of the University of California at San Diego, and Chairman of the Board of the IMDEA Nanoscience Foundation with a conference on the Present and Future of Neuromorphic Computing.

The MML2019 congress is held at the UAM-CSIC International Campus of Excellence at the facilities of the IMDEA Nanoscience and Theoretical Physics (IFT) institutes.

The Madrid Institute for Advanced Studies in Nanoscience (IMDEA Nanociencia) is an international research center promoted by Madrid Regional Government Department of Education and Research with the objective to position the region as a competitive research hub in this strategic area of ​​technological development. The Centre has also received substantial financial aid from the Government of Spain and the European Investment Bank.

Since its creation in 2007 - and especially since the opening of its new headquarters in 2012 - IMDEA Nanoscience has been consolidated in a few years as a center of reference in the field of advanced research in Nanoscience. So much so, that 2017 a panel of international experts awarded the institute the recognition of the Severo Ochoa International Center of Excellence Award granted by Spain’s National Research Agency.

IMDEA Nanoscience has ten advanced research programs that are carried out by multidisciplinary teams recruited in global calls and selected by an International Scientific Committee, which has allowed IMDEA Nanoscience to attract great scientific talent to Madrid. IMDEA Nanoscience works closely with the network of Public Universities in the region and other research organizations worldwide.

The MML2019 Congress is sponsored by the IEEE Magnetics and the companies: Zeiss, Specs, Lake Shore, Evico Magnetics, Angstrom and Antares.